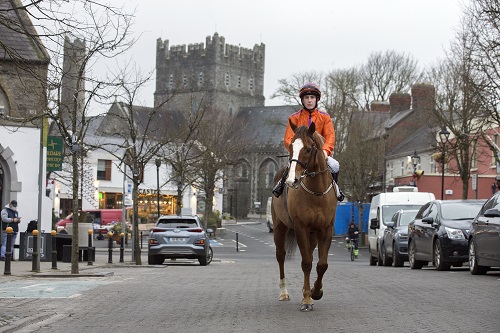 The Curragh Racecourse and Training Grounds which covers 1,500 acres is the epicentre of the horseracing industry in Ireland supports 1,176 jobs with a direct and indirect economic impact valued at almost €100m (€99.6m) according to an economic impact assessment of horseracing, racing tourism and thoroughbred training of the area. The report, carried out by economist Jim Power, also calculated that current development plans for the Curragh Racecourse will comfortably deliver a significant economic contribution of €110 million to both the local and national economy in just two years by 2023.

The employment of 461 trainers and staff throughout the entire Curragh is estimated to support another 410 secondary or indirect jobs in the local employment making the estimated total employment contribution of the racing sector at 871 jobs, which is very significant employment in what is largely a rural area. This is further bolstered by a further 305 jobs that is supported in the tourism and hospitality sector as a result of racing tourism to the immediate area. Every euro that gets pumped into the local economy gets spent again and again. The multiplier effect seeks to capture the full impact of the initial expenditure as it works its way through the economy. Applying a conservative multiplier of 1.7 suggests that the direct injection of €30.2 million into the local economy from horse training activities alone has a total impact valued at over €51 million. The report only focuses on the racing aspects of the area and excludes the local breeding sector.

Racing tourism is also a major factor taken into account and the Irish National Stud is a major tourist attraction and attracts significant visitor numbers every year. In 2019, there was 137,000 visitors to the National Stud. This would have generated entrance fee income of €1.5 million and when the multiplier effect is calculated the direct and indirect impact of the expenditure is €2.6 million. Fáilte Ireland research suggests that Overseas Holidaymakers on average spend €96 per day and Domestic Overnight Visitors spend €74 per day. Overseas tourists account for 40% of visitors to the National Stud and with the remaining 60% being domestic visitors, this would translate into €11.3 million in additional tourism expenditure in the region. Fáilte Ireland estimates that every €1 million of tourism expenditure supports 27 tourism jobs. This means that the visitors to the National Stud support 305 jobs in the tourism/hospitality sector. Fáilte Ireland estimates that for every euro spent on tourism, 23c is generated in tax. This means that the expenditure by tourists generate an estimated €2.6 million in Exchequer revenues.

CEO of the Curragh Racecourse and Training Grounds, Pat Keogh, said “The 1,500 acres that make up the Curragh Racecourse and its training grounds containing 80 miles of gallops, is a driving heartbeat in what is a largely rural economy in Kildare. The potential here is enormous and we intend to increase our racegoer number to come to our amazing new racing facility here to 94,000 people in 2022 and 101,000 in 2023. We also expect more horses and trainers to base themselves here and make use of what is one of the best training facilities in the world. We expect the financial impact of this racing venue on the economy to exceed €110m in 2023 which compares to having a multinational in this historic equine area.”

Economist Jim Power said “The Curragh makes a very significant economic and employment contribution to a rural area, and the region will continue to contribute to Ireland’s stated regional economic growth agenda. The development of the Curragh Racecourse will build the tourism potential of the area and is totally consistent with the Fáilte Ireland strategy to grow Ireland’s Ancient East as a strong tourism brand in its own right.”